Zhang Daqian is the most legendary master of Chinese painting in the 20th century. He is omnipotent in painting, calligraphy, seal cutting and poetry. In his early days, he devoted himself to studying ancient calligraphy and painting, especially in landscape painting. After living abroad, he combined painting style with writing, emphasized color and ink, especially splash ink and splash color, and created a new artistic style. 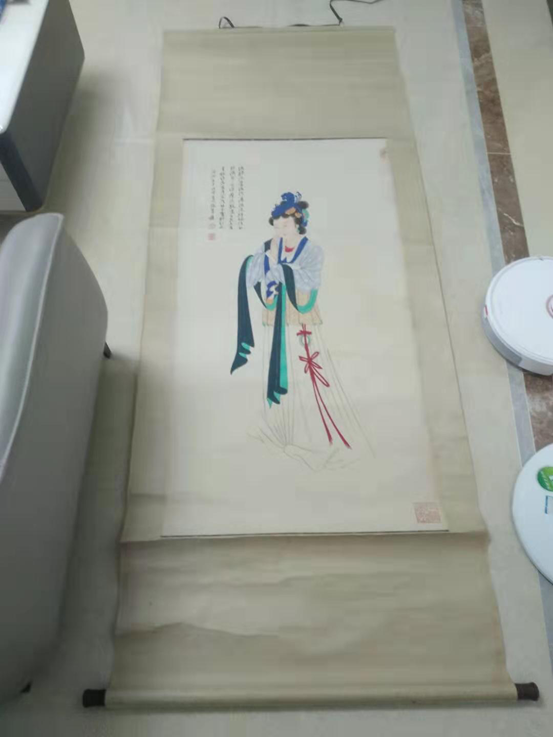 Zhang Daqian is an all-round painter. As Mr. Huang Yongyu once said, "I admire not many people, but I admire Zhang Daqian. Zhang Daqian is like a piano, others are like violin and cello. In other words, he is perfect and comprehensive, just like Mei Lanfang." he also said that "in the past 100 years, Zhang Daqian is probably the most important painter.". 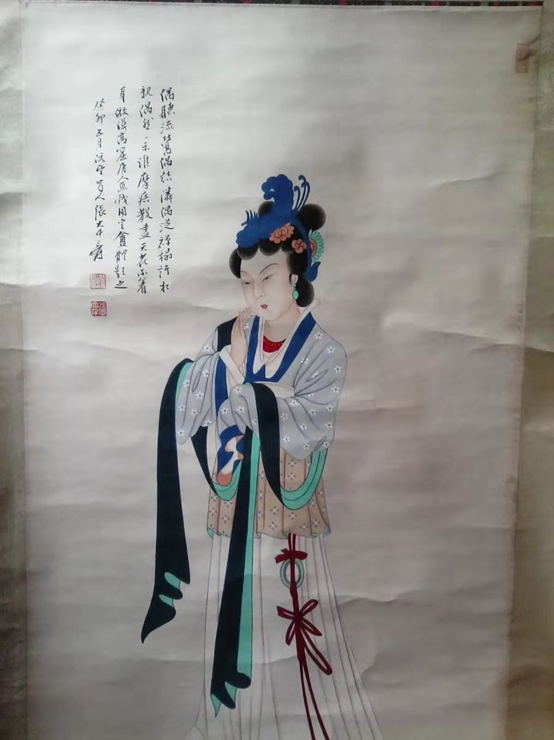 In 1949, Mr. Daqian went abroad. He first arrived in India, then moved to Hong Kong and then to South America. Over the past 30 years, Mr. Daqian has traveled to Asia, Europe and the United States to hold art exhibitions. He is known as "the most famous master of traditional Chinese painting today" and has made outstanding contributions to introducing and promoting Chinese traditional culture and art. With his profound insight and admirable achievements, Mr. Daqian has won the respect of the art circles and critics of various countries, and enhanced the world influence of Chinese painting art. 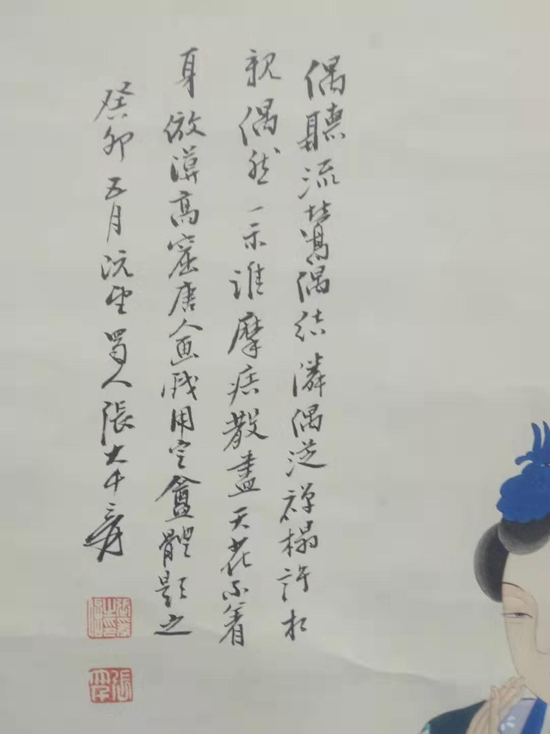 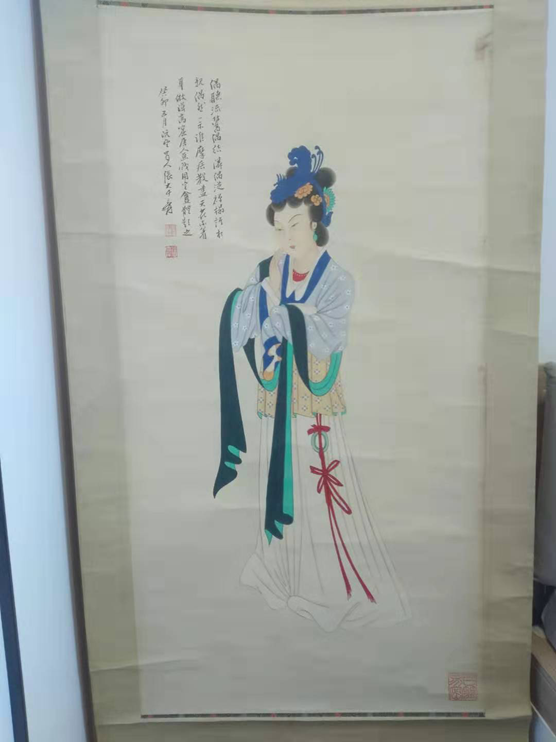 The ladies in the 130X67Cm inner core of this "Ladies' Picture" are luxurious in temperament, detached and refined, with narrow eyebrows and graceful posture. The image of ancient beauty, which is implicit and restrained, amorous, elegant and gorgeous, and self-contained, is portrayed so vividly and vividly in the painter's pen, which is not worthy of being written by a master! 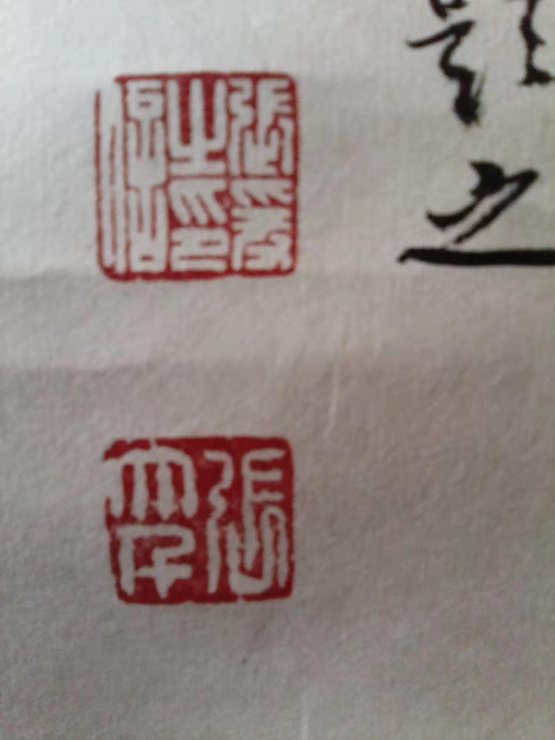 Three wife in May 1941, chang Yang Wanjun (second Mrs. Huang haemagglutinin join), Zhang Xinzhi son, my nephew Peter zhang, at the beginning of learning Chinese zodiac built and several Liu Lishang and framed, and then hired four disciple of Tibetan painter Mr. South danba, etc to the research of dunhuang grottoes murals, wall two years and seven months, copy from the sixteen, two wei, their, sui, tang and five dynasties, song, xia, two yuan dynasties such as murals of 276 works, dunhuang grotto art to the world, from now on also for painting after its creation, especially in figure painting creation laid a foundation. 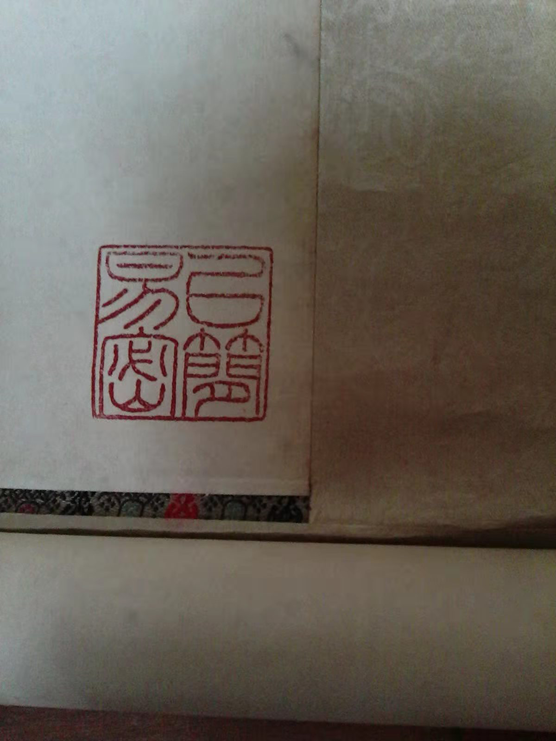 Chang proudly told people in 1951: "I dare not speak, but I am finally so many murals of dunhuang, my palms of Buddha and bodhisattva, whether it is the northern wei, sui and tang dynasties, tang, tang, middle tang and late tang dynasty and song dynasty, western xia, I am a see will know, and can immediately demonstration, you call me a pair of tang's hand, I will never take the northern wei dynasty or less palm who sucks, more than two years of efforts were not in vain!" Ye Xianyu thinks, Zhang Daqian's tang dress ladies, modeling has been infiltrated with the appearance of dunhuang donor, with the pen is imitating Wu Daozi flying elegant, in short beyond the Ming emotional appeal, to the Tang trace.

After 1949, Zhang Began to travel around the world and moved to Hong Kong, India, Argentina, Brazil, the United States and other countries and regions. Therefore, the painting field of vision is widened, and attention is paid to the study of Japanese Faustus painting and western cubist art techniques, the painting of ladies is vivid, with a sense of The Times, the audience seems to have a sympathetic feeling, the creation style has gradually changed from classical to realistic. During this period, due to his overseas residence, especially his sudden eye disease in 1957, the number of ladies' paintings decreased significantly. However, Zhang Daqian, who was seeking for changes in his life, created original Chinese ink and color landscape painting once again and created a new style of Chinese painting.